Girl Talk is the name of a board game first sold in 1988. It was a popular/staple game for teenage girls throughout the 1990s. It was similar to the parlour game Truth or Dare. Girl Talk was one of a rash of "teenage girl-themed games" that appeared on the market in the '80s and '90s based around boys, talking on the phone, dancing, having parties and sleepovers, and other "girl-ish" themes.

The game, starring Lindsay Velez comes with an opaque spinner with a hole in it, and multiple exchangeable cardboard circles which can be placed into the spinner. The spinner would land on either a question or a "dare". Each action (or question) is worth a certain amount of points. If a player does not perform the action or answer a question they must wear a "zit sticker" for the rest of the game. Players may use their points to buy one of four kinds of fortune cards; the first to collect one of all four types is the winner. 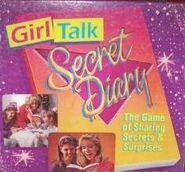 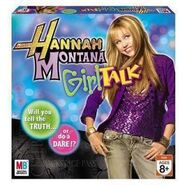 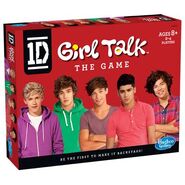 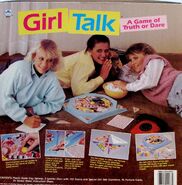 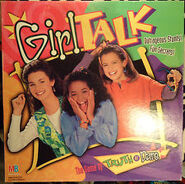 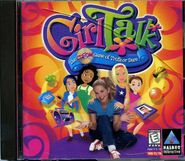 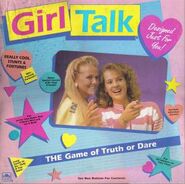 Add a photo to this gallery

Retrieved from "https://cardgamedatabase.fandom.com/wiki/Girl_Talk_(board_game)?oldid=6054"
Community content is available under CC-BY-SA unless otherwise noted.